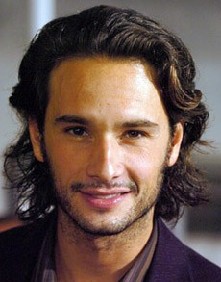 Rodrigo Santoro is a famous Brazilian actor. His birthname is Rodrigo Junqueira dos Reis Santoro, He was born on the 22nd of August 1975.

In the year 1993, While Rodrigo was studying Journalism at PUC-Rio, he joined the Acting Workshop of Rede Globo.

He also played the role of a priest in the miniseries Hilda Furacão.

Rodrigo Santoro was the voice actor of the titular character in Stuart Little and its sequel in the Brazilian dubbed versions of the movie.

Rodrigo Santoro became famous after he took role of Paulo in the TV series Lost.

Help us improve this page:   Correct or update the Rodrigo Santoro page