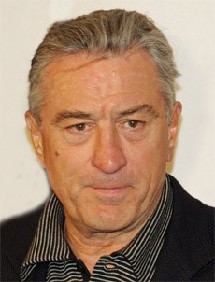 His full name is Robert Mario De Niro Junior, Robert De-Niro was born on the 17th of August 1943.

Robert is famous for his style in acting and portraying of conflicted, sick characters.

De Niro got a critical acclaim since the seventies, In the 1974, he got his first Academy Award as best Supporting Actor for his role in The Godfather Part II.

In the year 1980, Robert De Niro recieved an Academy Award for the Best Actor for his role in Raging Bull.

De Niro acted in a great way and took the role of Jack Byrnes in both movies Meet the Parents and Meet the Fockers.

He also acted well the role of the mobster Jimmy Conway in the movie Goodfellas.

Help us improve this page:   Correct or update the Robert De Niro page