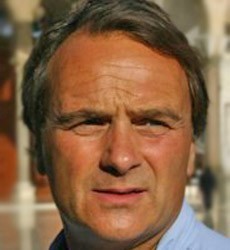 Robert Baer is a former American CIA officer, and an adviser for the Investigation Commission of the Special Tribunal for Lebanon.

Robert "Bob" Booker Baer had previously worked in Lebanon, and was assigned the monitoring of martyr Imad Mughniyah. Baer arrived to Lebanon in 1984.

He was accused by Hizbollah in a televised speech of Hassan Nasrallah dated July 2nd 2011 that in 1985 he allegedly saw through an explosion targeting in Bir al-Abed the late Mohammed Hussein Fadlallah.

He also had other missions in the Middle East.

In an interview on Abu Dhabi TV, Robert Baer explained how he had the mission to trace Imad. The latter was always alert and warned, camouflaging his whereabouts. Robert was asked to kidnap him but acknowledged the failure of U.S. intelligence in doing so. (He was finally assassinated in an explosion on Syria territory.)

Robert Baer was born on the 1st of July, 1952. He is also an author on espionage related issues and an intelligence columnist for many publications including The Wall Street Journal, and The Washington Post.

In the nineties Baer moved to Iraq where he tried to organize an opposition to Saddam Hussein, then got pulled out.

Help us improve this page:   Correct or update the Robert Baer page