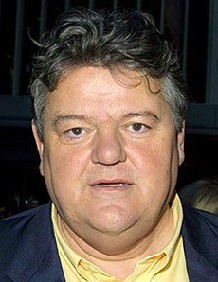 Robbie Coltrane is also a known comedian and a famous author.

Robbie Coltrane first movie was in the 1980 in the movie Flash Gordon Man at air field.

Since then he had appeared in many movie, his movies in the 2009 include his role as Gooby Gooby in the Harry Potter and the Half-Blood Prince Rubeus Hagrid.

Help us improve this page:   Correct or update the Robbie Coltrane page