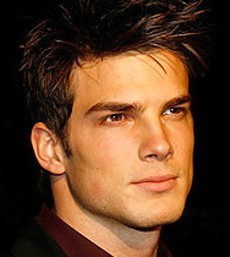 Rick Malambri an American actor known for his role in StepUp 3D.

Rick Malambri was born in 1983. He is noted for his hot good looks; He is 6'2 tall, and physicality fit.

Malambri started his acting career by playing the role of Lt. Ash in Universal Soldiers movie, he also played the role of a clerk in Surrogates action movie.

Rick Malambri then starred as Luke in the hit movie Step Up 3-D.

Rick was expected to play the main hero role in the movie Captain America, but Chris Evans was chosen instead.

Malambri was one of the actors to audition for the part. He updated his Twitter account saying: "What do you guys think, could I be Captain America? Going in for Disney - Marvel".

Help us improve this page:   Correct or update the Rick Malambri page