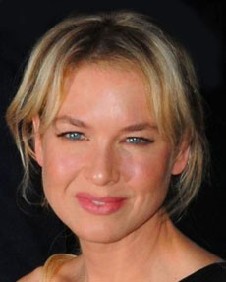 Renee Zellweger is a celebrity producer and actress from America.

Renee Zellweger was born on the 25th of April 1969 in the United States.

Renee became popular in the year 1996, after playing a good role in the movie Jerry Maguire.

Following her initial success, Renee Zellweger got 2 nominations from the Academy Award as the Best Actress for her roles as Bridget Jones in the comedy Bridget Jones's Diary in 2001 and as Roxie Hart in the musical Chicago in the year 2002.


In the year 2003, Renee Zellweger won the Academy Award for Best Supporting Actress for her role in the movie Cold Mountain.

Help us improve this page:   Correct or update the Renee Zellweger page