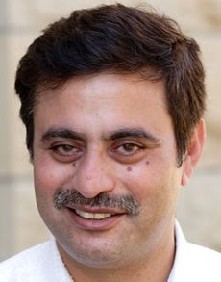 Rajeev Motwani is a famous Computer Science professor from Stanford University who was born on the 26th of March 1962 in Jammu, India.

Rajeev Motwani grew up in Delhi, India; He graduated from IIT Kanpur with a degree in Computer Science.

In the mid 80s he moved to the United States where he continues his higher education in computer science and data mining.

Rajeev Motwani served as the director of graduate studies for the computer science department; He was the founder of Data Mining at Stanford project MIDAS.

Rajeev Motwani was an advisor, and a supporter of great tech-companies such as Google and PayPal.

Rajeev Motwani was popular for his theories in computer science; He was a winner of the Gödel Prize in 2001 for his work on the PCP theorem and to his other theories which relate to applications to hardness of approximation.

Help us improve this page:   Correct or update the Rajeev Motwani page