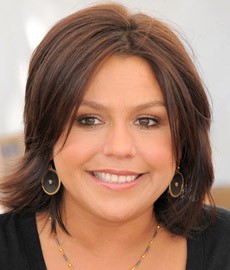 Rachael Ray is a famous tv personality, an author and a chef. Her full name is Rachael Domenica Ray. Rachael Ray was born on the 25th of August 1968.

Rachael Ray wrote many cookbooks based on the 30 Minute Meals program. She also has her own lifestyle and cooking magazine called Every Day with Rachael Ray.

Help us improve this page:   Correct or update the Rachael Ray page