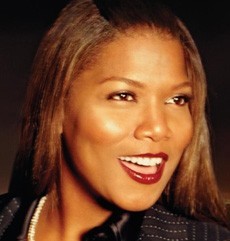 Queen Lateefah is an American celebrity, actress, and singer.

Because of her dedication and love to music, movies and tv, Queen Lateefah received a Golden Globe award and 2 Screen Actors Guild Awards.

In addition Queen Lateefah has got one Grammy Award, 2 Image Awards.

She was nominated for the Grammy's 6 times.

Help us improve this page:   Correct or update the Queen Latifah page