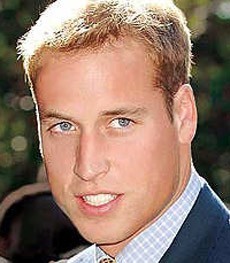 Prince William of Wales is the elder son of Prince Charles and the late Princess Diana of Wales.

His full name is William Arthur Philip Louis. Prince William was born on the 21st of June 1982.

Prince William is the grandson of Queen Elizabeth II and Prince Philip, Duke of Edinburgh.

Prince William is second in the line to become a king after his father.

On 29 April 2011 William got married to Catherine Middleton in Westminster Abbey, London. He was declared for the occasion as Duke of Cambridge, Earl of Strathearn and Baron Carrickfergus.

Help us improve this page:   Correct or update the Prince William page