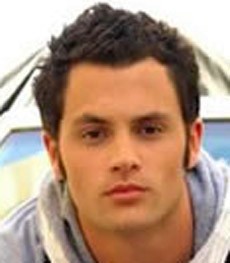 His full name is Penn Dayton Badgley, He was born on the 1st of November 1986 in Baltimore, Maryland, USA.

Penn Badgley is most popular for playing the role of Dan Humphrey in the TV series Gossip Girl.

In 2003, He took the role of Jace Malone in The Twilight Zone.

Help us improve this page:   Correct or update the Penn Badgley page