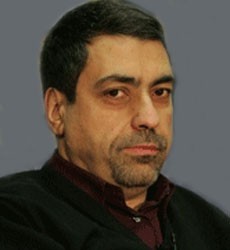 Pavel Globa is a famous Russian astrologer and psychic.

Pavel Globa has predicted that the US President Barack Obama will be murdered in 2011.

“Barack Obama will meet the same fate as John F. Kennedy in two years,” Globa said. He also forecasted that a third World War will begin after Obama’s murder.

Pavel Globa also predicted that the territory of the Russian Federation will then be shared out between other countries. The long-term crisis will have several peaks. The first peak in Russia will come in 2012, the second in 2014 when Russia will celebrate the bicentenary of Mikhail Lermontov's birthday. And the third and the last peak will happen in 2016-2018.

The astrologer also added that a new man will become a leader of Russia. According to his prediction this man will look like a Tsar of the Romanov dynasty.

Globa said that Russia's constitution will change with the new leader.

Pavel Globa sees that the world’s political and economic systems will completely change, with almost every country ruled by women in 2020.

Good News:Pavel Globa predicts no Doomsday in 2012!
“We cannot speak about the apocalypse, but it could be a crisis of consciousness for the Maya descendants,..” said Pavel Globa. (USA?)

Help us improve this page:   Correct or update the Pavel Globa page