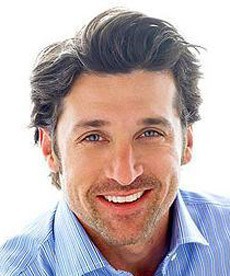 Patrick Dempsey is an American actor and a race-car driver.

Patrick Dempsey also took role in great movies such as Enchanted, Sweet Home Alabama, The Emperor's Club and Made of Honor.

Help us improve this page:   Correct or update the Patrick Dempsey page