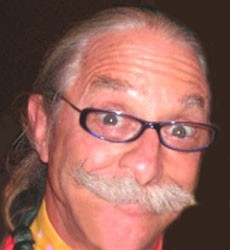 Patch Adams is an American physician, known as the comedian doctor who travels the world dressed in a clown suit.

Dr. Hunter Doherty "Patch" Adams was born on May the 28th , 1945 in Washington D.C. After graduating from Wakefield High School-Virginia in 1963, he completed pre-med coursework at the George Washington University, before earning his Doctor of Medicine degree at Virginia Commonwealth University in 1971.

The Gesundheit Hospital aimed at changing society, with a forty-bed rural community hospital in West Virginia, where care is free and is based on compassion and friendship.

Patch Adams is mostly known as a social activist; he often travels along with other volunteers to various countries where they dress as clowns in an effort to bring humor to orphans and patients. He believes good health is much more deeply related to close friendships, meaningful work, a lived spirituality of any kind, an opportunity for loving service and an engaging relationship to nature, the arts, wonder, curiosity, passion and hope.


His character was played by Robin Williams in the movie adaptation "Patch Adams", a 1998 comedy-drama film directed by Tom Shadyac that tells his true life story. When they made the movie about him, the producers promised that his free hospital would become a reality. It was the only reason he agreed to do it, but it never happened.

Dr. Hunter Doherty "Patch" Adams believes governments have ruined our chances of survival as a species, and we are heading toward extinction of the human race. In less than 25 years, the demise of the human race will be unstoppable, and it would have become too late...Hospitals and medical institutions are mere businesses that want to make money and are using health and wellness as an excuse. He believes everyone is focused on money and power and it is killing us. The environment may not be recoverable. The economy is not sustainable and real health care should be free.

Help us improve this page:   Correct or update the Patch Adams page