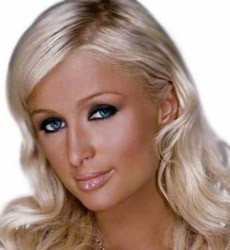 Paris Hilton is a model, actress and singer. She is also a fashion designer and author.

Her full name is Paris Whitney Hilton, She was born on the 17th of February 1981.

Paris Hilton became popular after she appeared in The Simple Life, a famous tv series.

In the year 2003, Paris Hilton appeared in a controversial movie. She dated Doug Reinhardt for few years.

She also took minor movie roles such as House of Wax horror movie in 2005.

In 2007, Paris Hilton has several legal incidents, which ended up in her serving highly advertised sentence in the Los Angeles County jail.

Help us improve this page:   Correct or update the Paris Hilton page