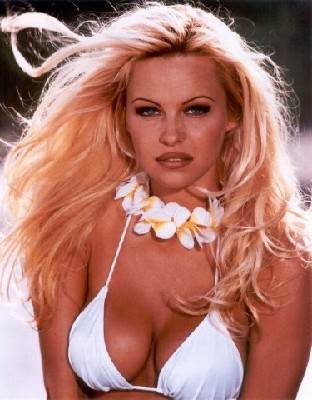 Pamela Anderson also known as Pamila Anderson was born on the 1st of July 1967 in Ladysmith, British Columbia, Canada.

Pamela is 5' 7" tall, she is also known for her big bust. Pamela was discovered when a roving arena camera focused on her as a spectator watching a Canadian Football game.

She gave birth to both her children Dylan Jagger and Brandon
Thomas at home with the help of a midwife.

Pamela Anderson was voted as the best animal right protectors and she won the Linda McCartney Award.

In the year 2002 Pamela Anderson was Ranked as the top #17 during the 102 Sexiest Women in the World, which was conducted by in Stuff magazine.

Help us improve this page:   Correct or update the Pamela Anderson page