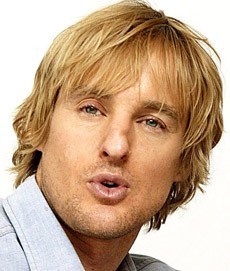 Owen Wilson is a comedian, actor and writer from America.

His full name is Owen Cunningham Wilson, He was born on the 18th of November 1968 in Dallas, Texas, USA.

His mother is Laura Cunningham Wilson, a photographer and his father is Robert Andrew Wilson, a public TV station operator.

In the year 2000 Owen Wilson became popular after taking role in Shanghai Noon, a famous comedy movie, he played this role opposite star Jackie Chan.

In the year 2001, Owen Wilson got more fame as he starred opposite Ben Stiller and Will Ferrell in the comedy movie Zoolander.

Help us improve this page:   Correct or update the Owen Wilson page