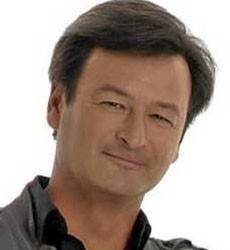 Olivier Schultheis is a musician, songwriter, composer and conductor.

Olivier Schultheis was born on the 29 April 1965 into a family of famous musicians. Olivier received the Premier Prix du Conservatoire National de Musique de Paris. He studied more than 12 years of classical music, harmony, counterpoint and fugue. He writes orchestral arrangements and conducts orchestras of more than 80 musicians.

Olivier Schultheis plays bass and the piano. He writes music for pop radio tubes such as "Give me time 'for Jenifer," Double Game "and" Jakadi "Christ. Willem" tattooed me' and "The assasymphonie" for "Mozart Opera Rock" .

He has collaborated on stage and in studio with the biggest names, as a director, arranger, or composers such as with Johnny Hallyday, Zazie, Pascal Obispo, Jacques Higelin and Brigitte Fontaine Calogero, Julien Clerc, Christophe Maé and more ...

Olivier Schultheis is also a Talent Scout (similar to Simon Asmar in the Arab World). In 2003, he discovers Christophe Maé and presents him to Dove Attia, who casts him in "Le Roi Soleil".

Schultheis composed the soundtrack for many movies, including Bullet Proof Monk (2003) with Eric Serra
and 3 amis (2007) with Michel Boujenah.

Olivier Schultheis was also a jury member on X Factor 2011 France, along with Henry Padovani, Christophe Willem, and Veronic DiCaire.

Help us improve this page:   Correct or update the Olivier Schultheis page