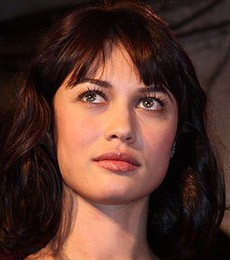 Olga Kurylenko is a famous French-Ukrainian actress and model.

Olga Kurylenko was born on the 14th of November 1979 in Ukraine. In the year 2001, Olga became a French citizen.

Kurylenko also played the role of Nika Boronina in the movie Hitman, an adaptation film of a famous video game.

Help us improve this page:   Correct or update the Olga Kurylenko page