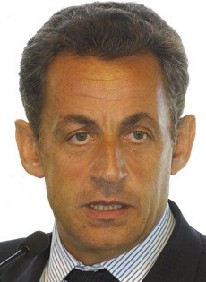 Nicolas Sarkozy is the 23rd president of France (French Republic).

Nicolas Sarkozy is also an ex officio Co-Prince of Andorra.

Sarkozy became the president of france on the 16th of May 2007 after winning the seat over Ségolène Royal, the Socialist Party candidate.

Help us improve this page:   Correct or update the Nicolas Sarkozy page