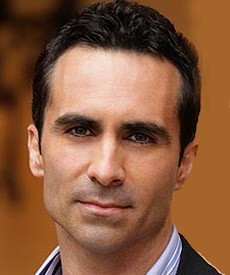 Nestor Carbonell is a famous american actor best known for his role as Richard Alpert in the television series Lost.

His full name is Néstor Gastón Carbonell, he was born on the 1st of December 1967 in Newyork city.

Nestor enrolled at Harvard to major in English, soon he graduated and decided to move in the the acting career.

Carbonell started his career by taking small roles in daytime Television and made his primetime first role in one of the Law and Order tv series episodes.

Carbonell made guest appearances in Melrose Place and A Different World.

Later he became famous and got his permanent acting role as Gianni in the sitcom Muscle.

Help us improve this page:   Correct or update the Nestor Carbonell page