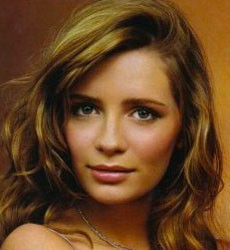 Mischa Barton is an American-British movie actress, she also works in TV and theater.

Her full name is Mischa Anne Marsden Barton, She was born on the 24th of January 1986 in London, England.

Mischa Barton is mostly popular for her role as Marissa Cooper in The O.C TV series.

Mischa Barton is the daughter of Nuala, an Irish who worked as a photographer, and Paul Marsden Barton an exchange broker.

Help us improve this page:   Correct or update the Mischa Barton page