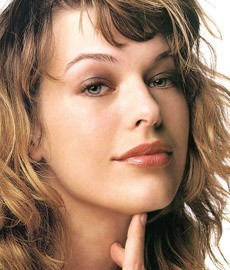 Milla Jovovich is a famous American model and actress of Ukrainian origin.

Her full name is Milica Nataša Jovović Serbian, She was born on the 17th of December 1975.

Milla Jovovich is also a famous musician and fashion designer.

VH1 channel has named her as The Reigning queen of kickbutt.

Help us improve this page:   Correct or update the Milla Jovovich page