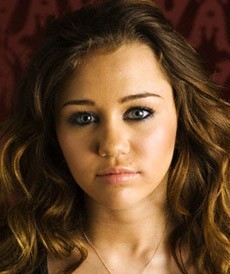 Miley Cyrus is an American singer, songwriter and actress.

Her full name is Miley Ray Cyrus. She was born with the name Destiny Hope Cyrus on the 23rd of November 1992.

In the month of October 2006, Miley Cyrus released a soundtrack album with 8 songs from Hannah Montana.

In the mid of 2008, Miley Cyrus released her second album entitled Breakout.

Help us improve this page:   Correct or update the Miley Cyrus page