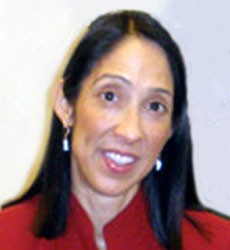 Michele Sison is an American Ambassador and member of the United States Senior Foreign Service, Class of Minister-Counselor.

Michele J. Sison (or Michelle Sisson) was born on May 27, 1959 in Arlington, Virginia. She is believed to comes from the Lebanese Jewish family Sassoon or Sessoun in Wadi Abu Jmil Beirut, near the Maghen Abraham Synagogue (as per Dr. Hassan Hamadeh).
Michele Sison received a B.A. in Political Science from Wellesley College and also studied at the London School of Economics (LSE).

Michelle Sisson was first appointed as Ambassador to the United Arab Emirates in 2004. Prior to that, she served as Principal Deputy Assistant Secretary in the Bureau of South Asian Affairs. Her task was to provide policy oversight of U.S. relations with Pakistan, Afghanistan, Bangladesh, India, Nepal, and Sri Lanka.

Michele Sison was later assigned as chargé d'affaires of Lebanon, before officially becoming the U.S.Ambassador to Lebanon between 2008 and 2010. During that time and in one of the most unusual juridical cases in Lebanon, May Khansa filed a lawsuit against her.

Help us improve this page:   Correct or update the Michele Sison page