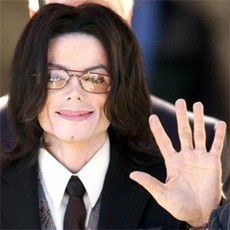 Michael was the youngest child of the Jackson family, which consists of seven children.

In 1968 Michael Jackson made his first recording on the professional level was as one of The Jackson five.

In 1971 Michael released his first solo album which made him recognized accross the world and gave him the label King of Pop in following years.

In the year 1982 Michael released his album called Thriller which was the best-selling album of all times.

Other great albums for Michael followed which were all the best selling albums including Off the Wall in 1979, Bad in 1987, Dangerous in 1991 and History in 1995.

Help us improve this page:   Correct or update the Michael Jackson page