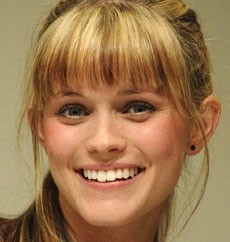 Megan Joy Corkrey was born on the 5th of August 1985 in Taylorsville, Utah, She has been singing at the age of three.

Megan was sent with four “Yes”s from the judges to Hollywood.

Simon Cowell thought Megan was different and all of the judges loved her, to quote Paula: “I like you! I’m bordering on loving you.”.

She was in the second group of 12 contestants to perform out of the top 36 but did not receive enough votes to guarantee her a spot among the 12 finalists.

The judges, however, have selected Megan Joy Corkrey among 7 other contestants to compete on the wild card show for one of the three remaining spots.

Megan Joy Corkrey, 23, is a font designer with a 2-year-old son named Ryder with whom she lives in Sandy, Utah.

Help us improve this page:   Correct or update the Megan Joy Corkrey page