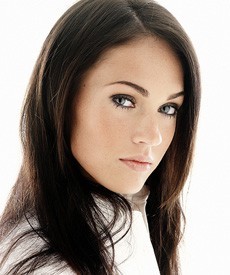 Megan Fox full name is Megan Denise Fox, She is an American actress and model who was born on the 16th of May 1986.

In the year 1999, Megan Fox won several awards for both her modeling and acting including the famous American Modeling and Talent Convention in which took place in Hilton Head Island in South Carolina.

In the year 2001, she began her acting career with a movie entitled, Holiday in the Sun.

In the year 2004, Megan appeared in the movies Confessions of a Teenage Drama Queen, Crimes of Fashion, and the TV-series The Help.

Later in 2004, Megan also became famous for her acting in the TV-series Hope and Faith and in the year 2007 became even more famous for her role in the action movie Transformers.

Help us improve this page:   Correct or update the Megan Fox page