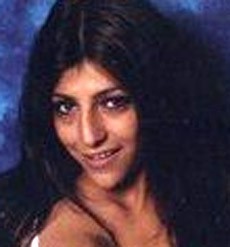 Maya Ababadjani, also known as Maya Sørensen or Maya Shakur was born on the 3rd of January 1984 in Palestine. Her biological parents were Lebanese, but she was adopted by a Danish family at an early age.

Because of her Arab background, her choice of profession was very problematic; Maya Shakur was shunned by the Arab and Muslim community of Denmark that saw in her a breach of traditional Arab modesty and conservatism. On several occasions, Maya reportedly received death-threats,. and was physically assaulted by a Muslim man, in connection with a performance in Copenhagen. Maya responded to the assaults and threats, by promising to continue her career in the movie industry. To note that Arab communities in Europe are often much more radical and conservative than in their original countries.

Maya starred as Samira next to Amar El-Khatib in Betonhjerter or Hearts of Concrete(2005), a movie about Muhammed an ex criminal from the most infamous of ghettos in Denmark.

Help us improve this page:   Correct or update the Maya Ababadjani page