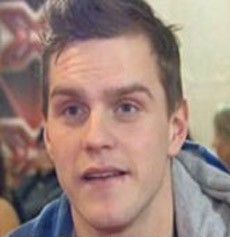 Matthew Raymond-Barker (or Matt Raymond-Barker) was born on 20 June 1989 in London, but moved to France in 2011 to study at Toulouse (Université Toulouse Le Mirail).

Matthew Raymond-Barker had previously participated in X Factor UK 2010, but was not kept in the finals (he failed to make it past the first round of boot camp). He tried his luck again in X Factor 2011 France, where his English charm apparently worked its magic on the French public (despite the fact that he would often forget his lyrics!). Though he naturally felt more comfortable singing in English, under the Jury's pressure he often also sang in French.

Matthew was announced the winner at the grand finale which aired on M6 in June 28th in the presence of American pop singer Beyonce. He was competing against the very last other opponent Marina D Amico.

Matthew Raymond-Barker had attended the casting at Montpellier to prove to the British version of the talent search show, that they made a big mistake for not keeping him on board!

The greatest discovery on the show shall remain however the "curiosité" artist Maryvette Lair!

Matthew Raymond-Barker has released on the occasion of his victory his first single, Just The Way You Are, which will be part of his debut album with Sony Records(the prize of winning X Factor).

Help us improve this page:   Correct or update the Matthew Raymond-Barker page