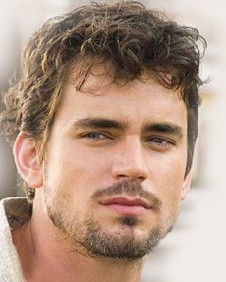 His full name is Matthew Staton Bomer, He was born on the 11th of October 1977 in Spring, near Houston, Texas.

Between 2001 and 2003, Matthew Bomer played his first role on television as Ben Reade in the TV series Guiding Light.

Matthew became famous for his role as Bryce Larkin in the NBC series Chuck.

Since 2009, Matthew Bomer starred in White Collar a famous American TV series about Neal Caffrey a conman who became an FBI consultant.

On the big screen, Matthew Bomer first role was as Eric in the movie Flightplan in 2005, a great movie starring Jodie Foster, Peter Sarsgaard and Sean Bean.

A year later, He also played the role of Eric in the horror movie The Texas Chainsaw Massacre: The Beginning.

Matt Bomer and rumored boyfriend Simon Halls are said to be together for a long time.

Help us improve this page:   Correct or update the Matthew Bomer page