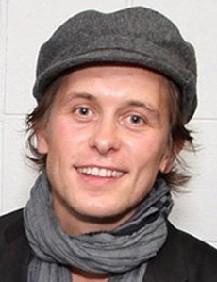 Mark Owen is an English singer and songwriter. Owen was one of the founders of the Boy band group Take That.

His full name is Mark Anthony Patrick Owen. He was born on the 27th of January 1972 in Lancashire, England.

The Boy band was a hit sensation in the early nineties and became more popular after their 2005 rejoin.

Help us improve this page:   Correct or update the Mark Owen page