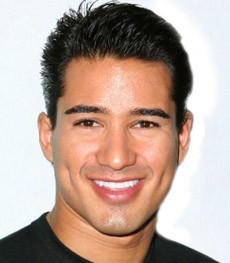 Mario Lopez is a famous actor, TV host and author.

Mario Lopez Junior was born on the 10th of October 1973 in San Diego, California, U.S.A.

In 1984, Mario Lopez had his first appearance on Television in the "Kids Incorporated" Children program between, he continued with the Show until 1986.

Following his success on TV, he took many roles in TV-series, movies, and Broadway shows.

In 1989, Mario became famous after he played the role of A.C. Slater on Saved By The Bell; The show aired until 1994.

In 2006, Mario Lopez took role in two seasons of Dancing with the Stars. He also hosted the entertainment news Extra as a celebrity host.

As a person, Mario Lopez has a very nice fun personality, he appeared many times on the Ellen Degeneres TV Show.

Help us improve this page:   Correct or update the Mario Lopez page