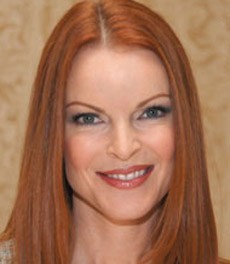 Cross was first known for her role as Doctor Kimberly Shaw in the tv series Melrose Place.

Help us improve this page:   Correct or update the Marcia Cross page