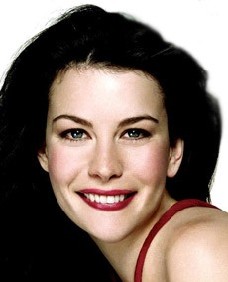 Liv Tyler is an American actress, she is also a model.

Her full name is Liv Rundgren Tyler. She was born on the 1st of July 1977.

Liv Tyler father is Steven Tyler, the lead singer for the Aerosmith band group, Her mother is Bebe Buell, a famous model and singer.

Liv Tyler started to model and soon began acting when she was fourteen years old.

In the year 1994, Liv Tyler acted in her first movie entitled Silent Fall. After that Liv Tyler took supporting roles in many movies including Empire Records, Heavy, and That Thing You Do.

In 1996, Liv starred in the movie Stealing Beauty. She became very famous world wide after she played the role of Elf maiden Arwen Undómiel in the The Lord of the Rings movies.

In the year 2008, She took role in the thriller movies The Strangers and The Incredible Hulk.

Help us improve this page:   Correct or update the Liv Tyler page