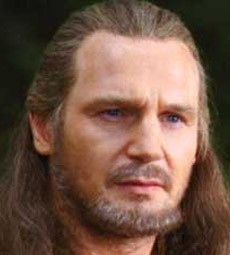 Liam Neeson is an Irish American actor, He obtained his US citizenship in the year 2009.

His full name is William John Neeson. He was born on the 7th of June 1952.

Liam Neeson is most popular for his role as Oskar Schindler in Schindler's List.

He also played the character of Qui-Gon Jinn in the movie of Star Wars Episode I: The Phantom Menace.

Neeson also played the role of John Hannibal Smith in the A-Team movie.

Help us improve this page:   Correct or update the Liam Neeson page