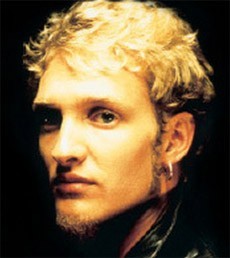 Layne Staley is an American musician and the lead singer for the band Alice-in-Chains.

Layne Staley was also a co-lyricist for the rock band. His group Alice in Chains was created by him and guitarist Jerry Cantrell in Seattle, Washington in the year 1987.

In the early ninties, the band Alice-in-Chains became famous on an international level.

Help us improve this page:   Correct or update the Layne Staley page