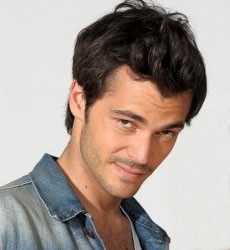 Lawrence Marion is a French actor, musician and singer.

Lawrence Marion played the role of Stan in the teen French musical TV Series 'Chante', created for France2 by Jean-Pierre Hasson and Olivier Thiébaut in 2008. Other actors included Sam Touzani as Karim Brahi, Karim Merabet as Wlad , Djamel Mehnane as Renaud and Emmanuelle Bouaziz as Krystel.


Lawrence Marion was born on October 27, 1981 in Montpellier.

Help us improve this page:   Correct or update the Laurent Marion page