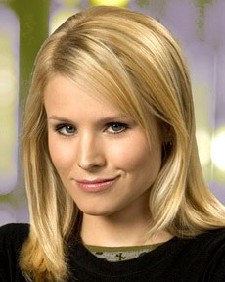 Kristen Bell is a famous American actress who was born on the 18th of July 1980.

In the year 2001, Kristen made her debut Broadway appearance as Becky Thatcher in The Adventures of Tom Sawyer.

Between 2004 and 2007 she gained more poplularity after taking role in the Veronica Mars TV series.

Help us improve this page:   Correct or update the Kristen Bell page