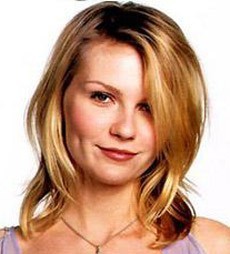 Kirsten Dunst is a famous American model, singer and actress.

Her full name is Kirsten Caroline Dunst , she was born on the 30th of April 1982.

In the year 1989, Kirsten Dunst first movie appearance was in Oedipus Wrecks, a short movie directed by Woody Allen for the anthology New York Stories.

In the year 1994, Dunst became famous after playing the role of vampire Claudia in Interview with the Vampire along with Brad Pitt and Antonio Banderas.

Kirsten Dunst got nominated for a Golden Globe Award for Best Supporting Actress for this performance.

Help us improve this page:   Correct or update the Kirsten Dunst page