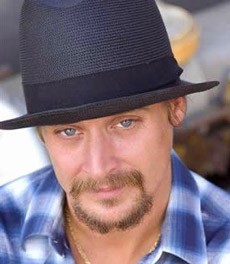 Kid Rock is a famous singer. His real full name is Robert James Ritchie. Kid Rock was born on the 17th of January 1971.

Kid Rock is his stage name, he is a famous American singer and songwriter.

Help us improve this page:   Correct or update the Kid Rock page