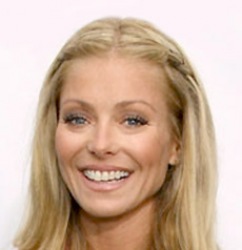 Her full name is Kelly Maria Ripa. She was born on the 2nd of October 1970.

For almost twelve year, Kelly Ripa played the role of Hayley Vaughan Santos on the television soap opera All My Children.

Help us improve this page:   Correct or update the Kelly Ripa page