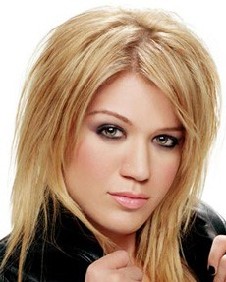 Her full name is Kelly Brianne Clarkson. Kelly Clarkson was born on the 24th of April 1982.

Kelly first album was produced by RCA Records after winning the first season American Idol in the year 2002.

Kelly Clarkson debut album was release in 2003 and was entitled Thankful.

Her second album, a multi platinum record, was released in 2004 and was entitled Breakaway, for that she won 2 Grammy Awards.

Her third album entitled My December was released in 2007.

In 2009, Kelly Clarkson released her fourth album entitled All I Ever Wanted.

Until 2009, Kelly Clarkson have sold more than 11 million copied in total in America.

Help us improve this page:   Correct or update the Kelly Clarkson page