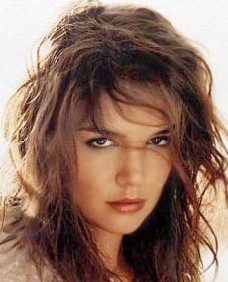 Between the years 1998 and 2003, Katie Holmes got huge success in the tv drama series Dawson's Creek. Her movie roles have

In the year 2005, Katie Holmes began a celebrity relationship with famous celebrity and actor Tom Cruise.

The couple relationship was a big media blast.

On the 18th of April 2006, Katie Holmes gave birth to a baby daughter, which they called Suri. Few months later, on the 18th of November 2006 to be exact, Tom and Katie got married in Italy in a big old church.

Help us improve this page:   Correct or update the Katie Holmes page