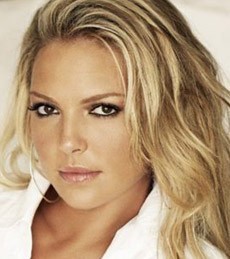 Katherine Heigl is an American Actress who was born on the 24th of November 1978.

Katherine Heigl also acted in Hollywood films such as The Ugly Truth, Knocked Up and 27 Dresses.

Katherine career began as a child model before she moved into an acting career.

Katherine Heigl has appeared on the cover of many international magazine such as Cosmopolitan and Maxim.

Help us improve this page:   Correct or update the Katherine Heigl page