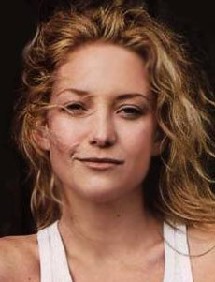 In the year 2001, Kate Hudson became famous after receiving many awards and nominations for her amazing performance in the film Almost Famous.

Later she became even more popular as she took leading role in great movies such as You, Me and Dupree, How to Lose a Guy in 10 Days, The Skeleton Key, Bride Wars.

In addition, she had acted in the movies Raising Helen and Fool's Gold.

Help us improve this page:   Correct or update the Kate Hudson page