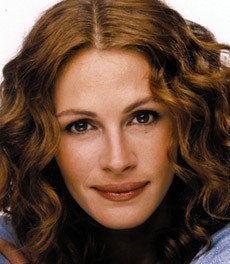 Her full name is Julia Fiona Roberts and she was born on the 28th of October 1967.

Julia Roberts became famous world wide after she took the lead role in the romantic comedy movie Pretty Woman opposite Richard Gere. The movie was a big success and earned more than $460 USD million globally.

Julia Roberts also took role in thriller and action movies such as The Pelican Brief and Oceans Eleven and Twelve.

In the year 2001, Julia Roberts won the Academy Award for the first time as the Best Actress for her role in the movie Erin Brockovich.

Julia Roberts was known for taking lead roles in big movies such as as My Best Friend's Wedding, Notting Hill, Runaway Bride and Mystic Pizza.

Help us improve this page:   Correct or update the Julia Roberts page