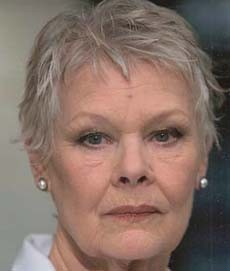 Dench started her career on stage in the year 1957, She played many of William Shakespeare plays.

Judi Dench took the role of Lady Macbeth in Macbeth, Ophelia in Hamlet and Juliet in Romeo + Juliet.

Later in her career Judi moved into movies and soon won a BAFTA Award as the Most Promising Newcomer.

In 1968 Judi Dench did an amazing job as a singer in the musical Cabaret.

She took role in Casino Royale, Quantum of Solace and in Bond 23.

Help us improve this page:   Correct or update the Judi Dench page