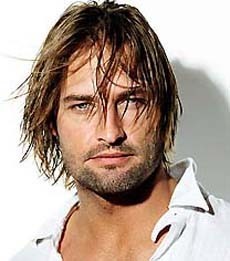 Josh Holloway was born on the 20th of July 1969 in San Jose, California.

Josh Holloway was best known for his role as James Sawyer Ford in the ABC American television series Lost.

His parents were from Scottish origin, he was born in the California region which is known as Silicon Valley.

Help us improve this page:   Correct or update the Josh Holloway page