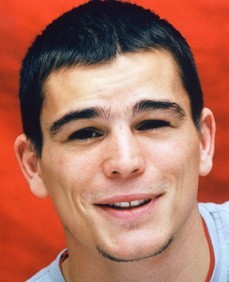 Josh Hartnett is a celebrity American actor and movie producer.

Josh Hartnett first role was In 1998, as John Tate in the Horror movie Halloween H20 - 20 Years Later.
Since then Josh Hartnett has taken many good roles in Hollywood movies, In the year 2009 He took role in the movies Bunraku and End Zone.

Help us improve this page:   Correct or update the Josh Hartnett page